1.  Geological Location: (1) Kinmen, known as Wuzhou, Wujiang, Wudao during the ancient times is also known as the Xianzhou (immortal state) as it appears to be an immortal lying down when looking at Taiwu Mountain of Kinmen from afar out in the ocean. Kinmen is under the jurisdiction of Fujian Province, and is composed of 16 big and small islands with a total area of 178.956 square kilometers, while the geology is composed of granite-gneiss. Kinmen is located in Xiamen Bay on the southeast of Fujian Province at the exit of Jiulong River; the area for the entire county is 150.145 square kilometers (134.25 square kilometers for the island itself, and 12 other islands including Shangxia Lieyu, Dadan, Erdan, Wuqiu, Dongyin, Dongding and Beiding etc.) (2) The island shape is narrow in the central region and wider in the east and the west. From east to west is about 20Km, and the longest place from south to north is in the east with approximately 15Km; the narrowest place in the central region is only 3Km, resembling a gold ingot (or a bone). It is about 10Km on the west from the outer port of Xiamen; it is approximately 190Km on the east from Taiwan. Its latitude is about the same as Taichung region (approximately at 24 degrees of northern latitude). (3) As for the climate, Kinmen is in the subtropical zone with oceanic climate, as it is an island in the strait without high mountain barriers on all sides, while the center feature a chain of undulating hills, hence the stronger wind force, while southwest sea wind during the summer season; dense fog often occurs when it comes to the period of tomb-sweeping festival, causing significant influences towards the traffic between Taiwan and Kinmen. As for winter, there is the strong northeast monsoon. The domestic commercial port in Kinmen is planned into 1 harbor with 3 harbor districts, including the Liaoluo harbor district on the southeast of Greater Kinmen Island, the Shueitou Harbor District on the west, and the Jiugong Harbor District located on the small Kinmen Island.

7.  Shueitou Newly Constructed Harbor District: The jetty on the west is 600m long, while the jetty on the east is 1,580m long; features facilities including wind and rain corridor, small-scale passenger transportation wharf and united office building clearance etc.

8.  Other Facilities: The wharf district is equipped with one 20-ton crane. 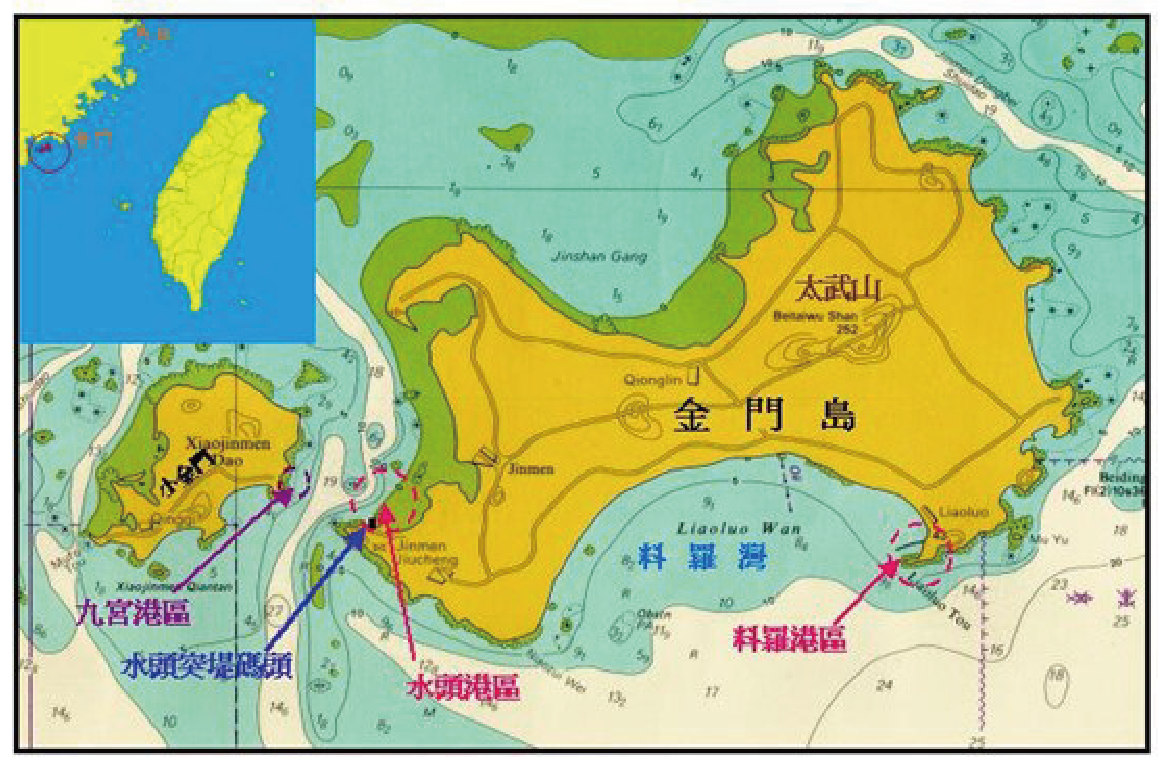 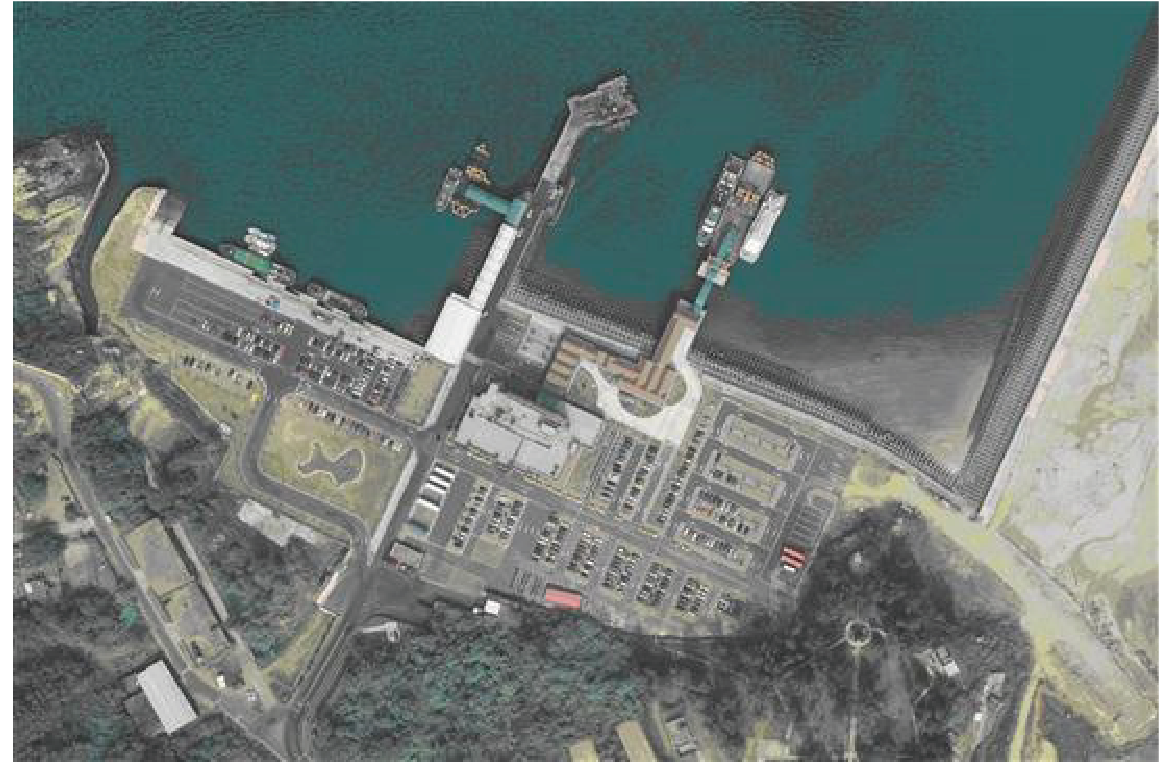